-Penned by Board Member Alo Pal

Harshitha is passionate about child protection and ensuring the rights of children through Social Work. She is a fresh graduate from the Sri Aurobindo International Centre of Education, Pondicherry, working at Sharana for almost a year, gathering irreplaceable authentic experience working directly with our beneficiaries. For the past few months, she has engaged in sports activities with around 20 children from the Irular community under our Seeds of Change (SoC) programme.

The Irular community has featured in our earlier posts and the philosophy of the Seeds of Change is detailed on our website. Suffice to say that the Irulars are among the oldest tribal communities of our subcontinent and their development is severely delayed. This particular community of 46 families, had settled near Pondicherry twenty years ago, on a barren piece of land with non-existent infrastructure and sanitation. The adults were engaged in manual labour and a system of older children babysitting the younger kept all children largely unalphabetized.

The community four years ago (left) and now (right)

Today Sharana engages with the community at many levels. We see the first signs of permanent housing and sanitation and all the children go to school. Harshitha’s mandate was to engage with the children via games and use the philosophy of the SoC programme to create awareness about urgently needed water and sanitation via the “Playdagogie”- a portemanteau of ‘Play’ and pedagogy’- of the SoC games. – But then how was a young girl to engage with a community so used to the isolated fate they were consigned to?

Nothing quite breaks barriers and lowers inhibition as sport. It was Harshitha’s sessions of volleyball that got the children to take note of her and participate. Thus began a biweekly routine of volleyball. Alas predictably, the boys were more forthcoming, the girls not. Divya, the younger sister of Suresh (names changed) who participated enthusiastically, stood behind a wall and watched the others play. She was reluctant to join as she had house work to do, and besides, girls don’t play with boys, do they? 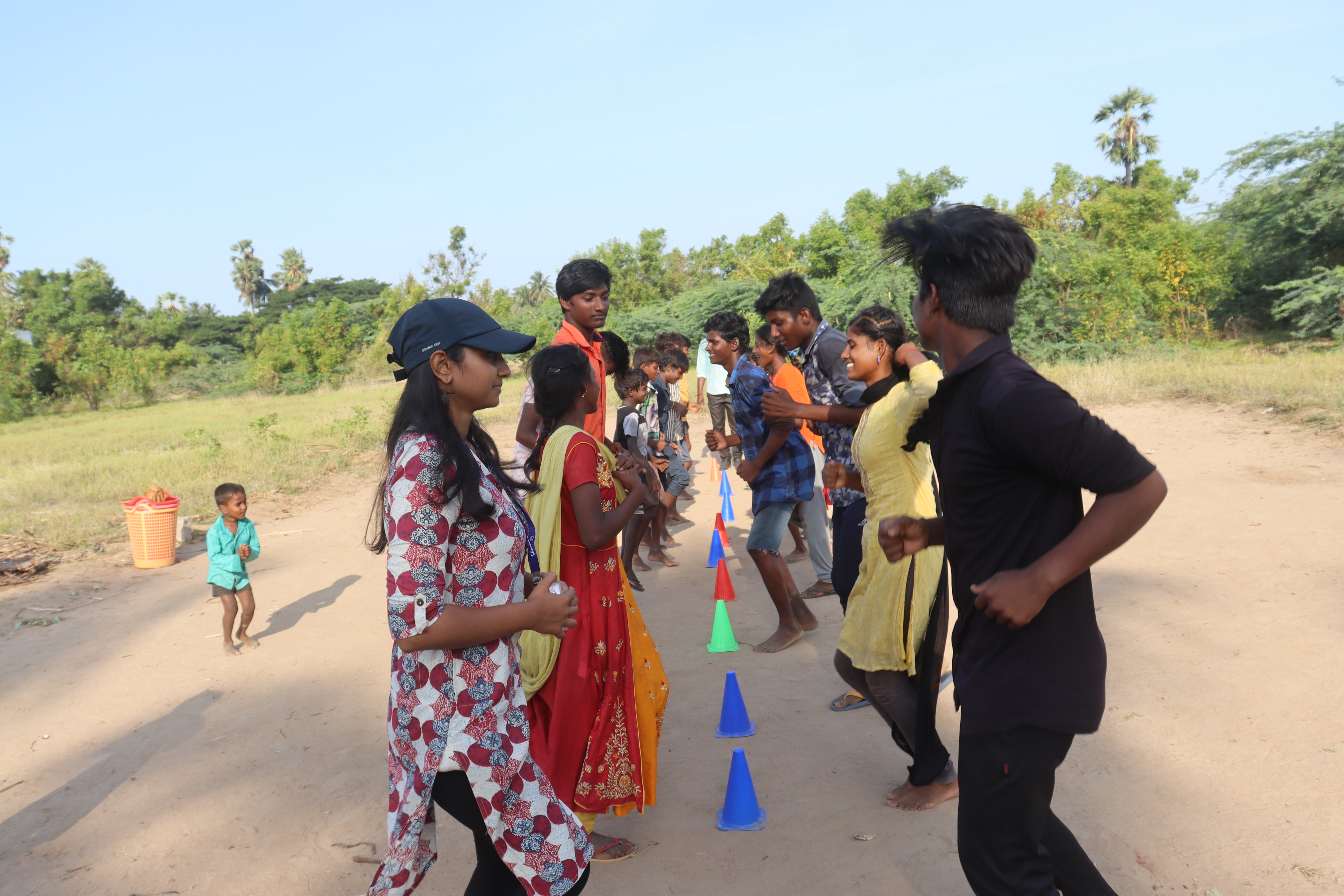 It took about a month, but by making girls partners in the games and with increased interaction with everyone week after week, and most importantly setting the example of a girl playing with them all, Harshitha won their trust. But she also realized that even the boys had unresolved issues and needed to talk. In due course she was welcomed enthusiastically for her sessions. So much so that the children would walk to a bridge outside the community boundary waiting for her to arrive.
The awareness games of the SoC programme followed. The two areas of focus were Water and Sanitation. The games were first played without symbolism for a few times and then with symbolism and finally games were followed by discussion and debate and the value imparted slowly ingrained in their minds. 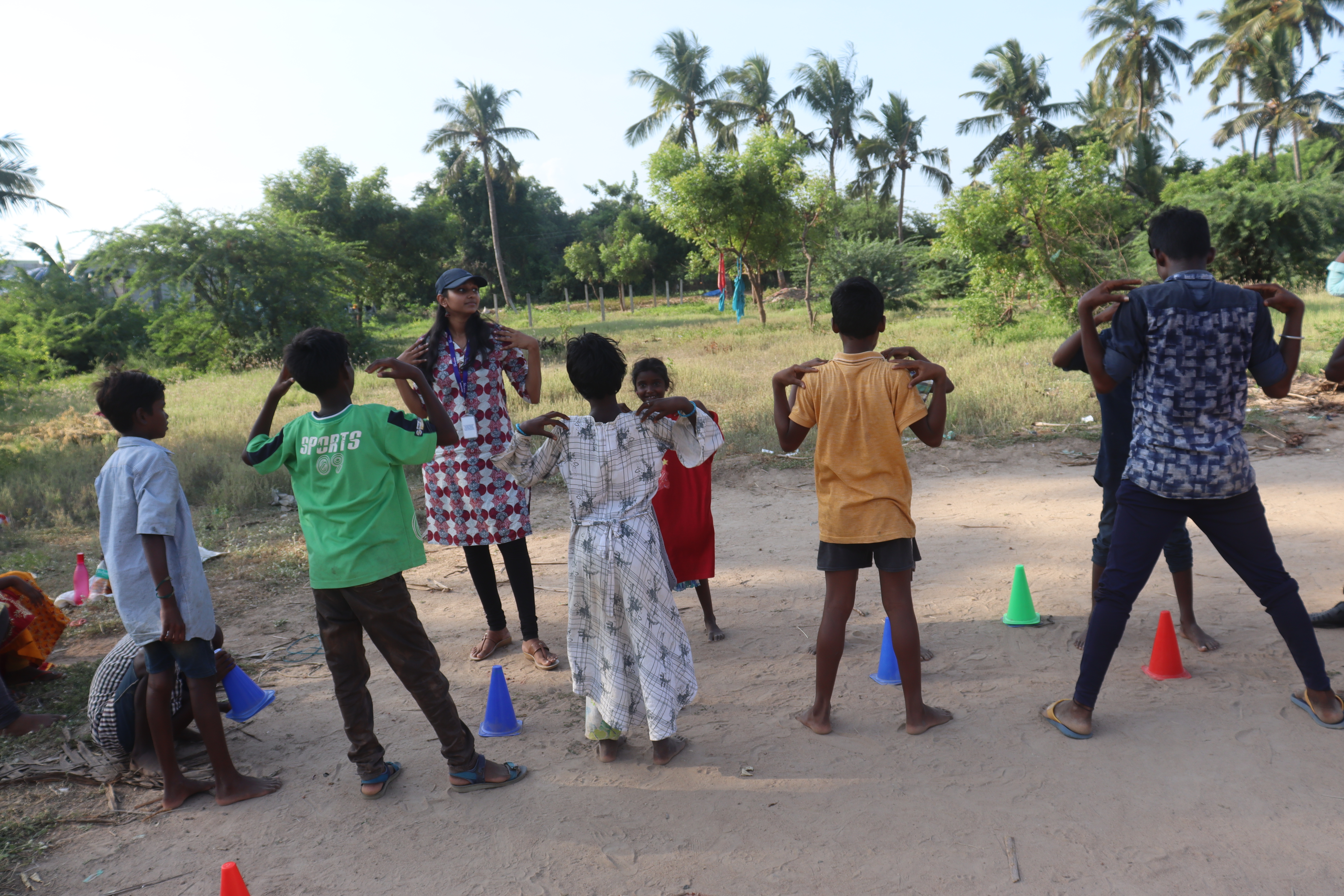 Take for example the volleyball court- the left rectangle representing the sky, the other the earth and to the right of the earth the sea. Cones on the earth represent trees. The aim is to roll a ball (water droplet) from the sky to the sea. By varying the number of cones on earth the children realized the longer time it took for the ball to reach the sea and sometimes even get its trajectory halted by the trees when the trees were aplenty, and how much quicker the journey to the sea with less trees. Thus, I’m tempted to hazard a guess that these children, if explained the case of filled up lakes and wetlands, are in a better position to understand flooded areas than most children of their age! A timely input on water cycle and water conservation explained in fun and laughter to a community that were finally slowly getting access to municipal water connections.

A few years back, while at school, Harshitha had come to know that I had organized another section of students to a field trip to Sharana and Angalakuppam our social center in the village. She had requested to join the trip and that was her first real contact with a reality on an India hidden from the eye and consciousness of a sheltered girl. That trip began a journey and today, fresh from college to see her work at Sharana just strengthens my belief that today’s children are much more elastic in their outlook and unfettered by hackneyed life options. 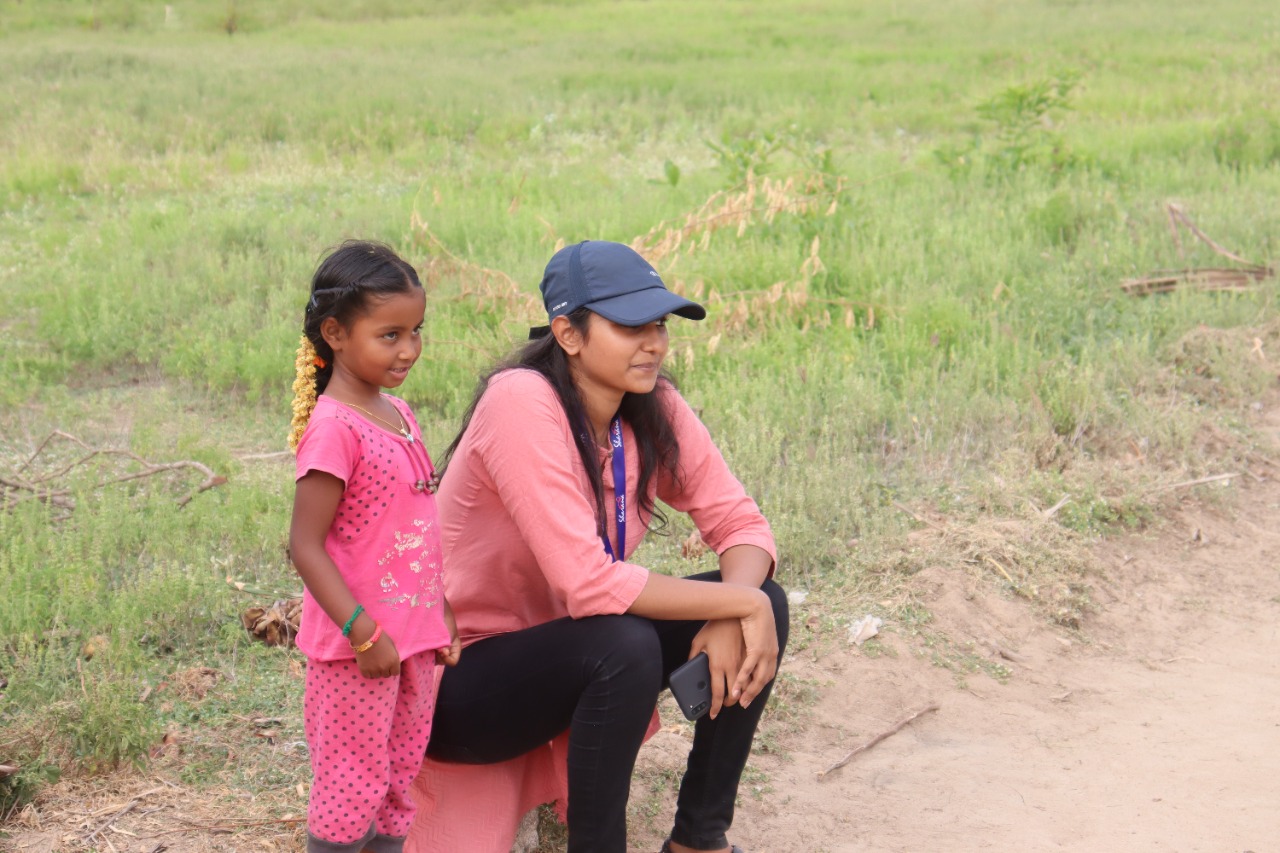 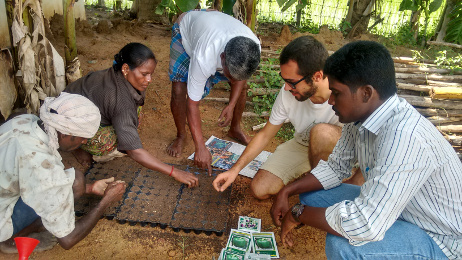 Since mid-September, Henri SAINT-ARAILLES, a young intern from an agricultural school in France, (Ecole d’Ingénieurs de PURPAN), has helped 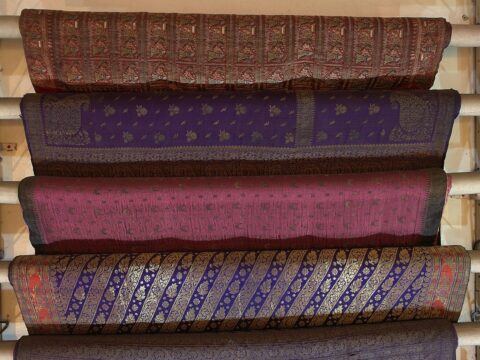 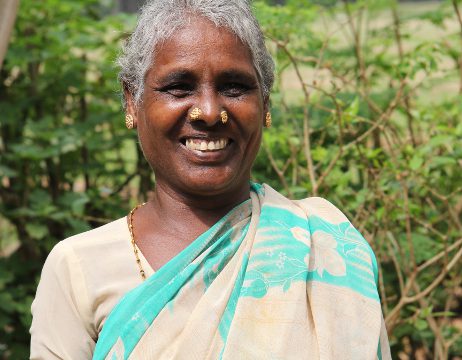 From the pages of Sharana’s diary

Starting this week, we will chronicle in this page stories from Sharana Each story featured will include a potential 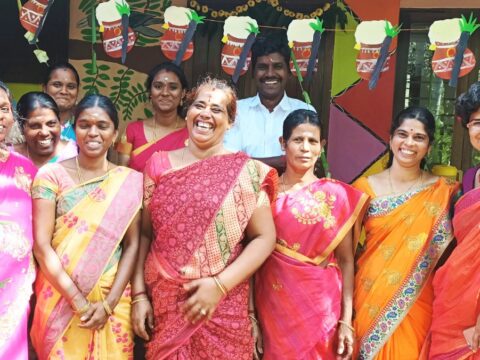 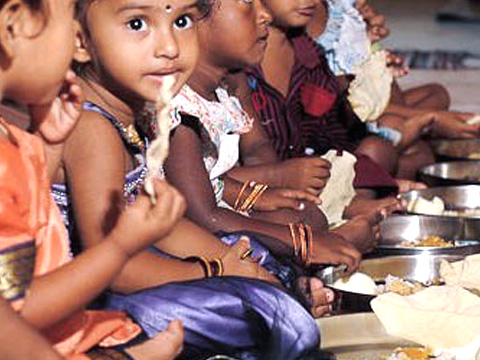 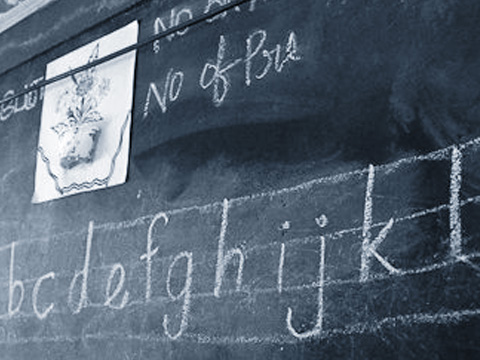